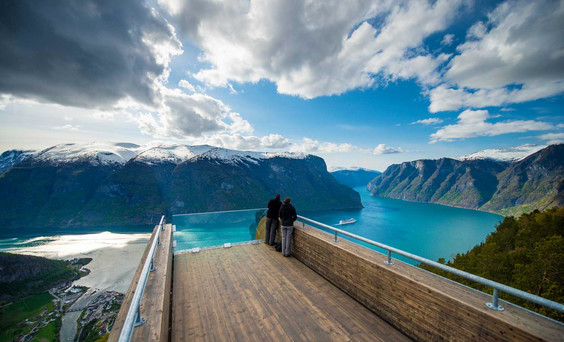 Let’s browse the 10 facts about Norway with Nordics Education!

1. The monetary unit in Norway is the Norwegian krone, NOK.

2. The length of the Norwegian coastline is 25.148 km, including fjords.

3. The highest peak in Norway is Galdhøpiggen 2469 meters above the sea.

4. Norway and Europe’s northernmost point is the North Cape.

5. Kirkenes, Norway, is as far east as Cairo, farther east than Finland, and only 9 miles (15 km) from the Russian border.

6. Norway has the highest concentration of fjords in the world. Two of these, the Geiranger Fjord and the Nærøy fjord, feature on the Unesco World Heritage List.

8. The Nobel Peace Prize is awarded in Norway by a Norwegian committee.

9. Snorre Sturluson’s Heimskringla (The History of Kings), written in the Old Norse Period (A.D. 750–1300), is still a bestseller in Norway today.

10. Norway was one of the founding nations of the United Nations in 1945, and the first U.N. Secretary-General was Norwegian Foreign Minister, Trygve Lie.