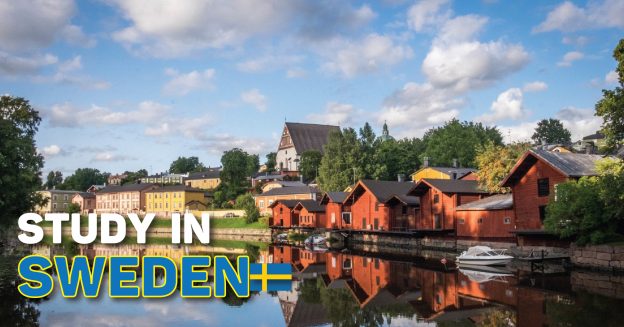 Here are a few takes on religion in Sweden – a mostly secular country where religion still has a role to play.

Separation of church and state

The Church of Sweden (Svenska kyrkan) is Evangelical Lutheran and has its secretariat in Uppsala, a city that has been the centre of the Swedish church since the Middle Ages. The Church of Sweden has been separated from the state since 2000, which means that Sweden no longer has an official state church. While most countries in the world have no official religion, Sweden is in fact the only Nordic country without a state church, as Norway, Denmark, Iceland and Finland have all retained theirs.

Around 55% of the Swedish population are members of the Church of Sweden.

The ritual role of religion

The presence of religion and the church in many Swedes’ lives is most visible when traditional rituals or ceremonies are performed. Chief among these are christenings, marriages and funerals. The celebration of powerful Swedish cultural traditions such as Lucia can also include a church service and hymn singing.

The presence of religious heritage in Sweden can also be seen in the several Christian holidays that still pepper the Swedish calendar. Though they are seldom celebrated by church attendance, Twelfth Night (6 January, also known as Epiphany), Ascension, Pentecost and All Saints’ Day are each official holidays in Sweden, as is the common collection of Easter days.

Like elsewhere in the West, Christmas in Sweden follows the Christian tradition and Advent is central to the Swedish festive period and the countdown to Christmas Eve. However secular modern-day Sweden may be, these holidays are certainly welcomed by religious and non-religious Swedes alike.

To help finance its international and domestic activities, the Church of Sweden levies a fee (kyrkoavgift) on its members. The fee currently averages around 1 per cent of members’ income. The church’s spending priorities include maintaining and renovating the 3,700 church buildings belonging to it throughout Sweden.

The Church of Sweden has assets of around SEK 40 billion. In keeping with the Swedish practice of transparency and openness in public organisations and institutions, the public can scrutinise the activities and finances of the Church of Sweden in its Annual Report (pdf, only in Swedish).

The Church of Sweden and equality

In 2014, Antje Jackelén became the first woman to hold the post of the Archbishop of Uppsala, who is the chief representative of the Church of Sweden both nationally and internationally. The archbishop is also responsible for anointing new Swedish bishops.

In 1960, the first women priests were ordained in the Church of Sweden. Today half of the priests are women, and women make up the majority of those studying to become priests.

Equality is a cornerstone in Sweden. And the Church of Sweden has often accompanied liberal social change rather than obstructing it. For example, in 2009 Sweden legalised same-sex marriage and the church decided to begin performing same-sex marriage ceremonies the same year.

Other big religions in Sweden

While membership of the Church of Sweden is declining, recent years have seen the membership of other churches and religions increase. It should be noted, however, that reported numbers on religious affiliations in Sweden are estimates only, since Swedish law forbids the registration of people on the basis of their religion.

Next to the Church of Sweden, the most prominent Christian churches are the Free Churches (frikyrkor). Although also Protestant, the Free Churches are independent of the Church of Sweden and are characterised by Evangelical, Pentecostal, Methodist and Baptist elements. The area around the city of Jönköping in Småland is sometimes referred to as the ‘Swedish Bible Belt’ because of its traditionally high Free Church activity.

Sweden’s Jewish community is estimated to consist of 15,000–20,000 people. The Jews are one of Sweden’s five official national minorities and Yiddish one of the officially recognised minority languages.

In addition, increased immigration has contributed to greater religious diversity. The Catholic Church in Sweden reports increased membership and cites immigrants as a primary source. Meanwhile, many country-specific Eastern Orthodox churches also exist, of which the Syrian Orthodox Church is the largest. Another growing religion is Islam.

From Nordic gods to Catholic converts…

The beginning of the religious experience in Sweden is often traced back to pre-Christian Norse religion. Norse beliefs formed the basis not for an organised religion, but rather for an overarching cultural system. Central to the practice of Norse beliefs were ‘rites’, among them the ritual sacrifice of animals, and sometimes even humans! At these gatherings, food and drink were shared in communion with the gods and omens for greater prosperity were sought. Odin and Thor, probably the most well-known Norse deities, were the gods responsible for the likes of war and the sky, respectively.

Norse beliefs persisted until the 12th century, and Sweden was the last Scandinavian country to be Christianised by Catholic missionaries. In 1164, it became a so-called ecclesiastical province of the Catholic Church and Catholicism became firmly established. Sweden contributed its fair share of saints, with Saint Bridget of Sweden being the most famous. Swedes even participated in their own versions of the famed Catholic Crusades by embarking on various expeditions to Christianise Finland and the Baltic states.

… and from Protestant pre-eminence to religious freedom

While Swedes may have become conscientious Catholics by the Late Middle Ages, the country would later become known as a bastion of Protestantism. Sweden completed its transformation from Catholic to Protestant by the end of the 1500s. During the subsequent period, the state identified itself closely with the new Lutheran religion and punished deviation from state-sanctioned beliefs. Until 1858, conversion to Catholicism could be punished by exile. In the 1600s, Swedish King Gustav II Adolf even led Sweden to war in the Thirty Years’ War in Germany, ostensibly to defend the Protestant faith.

Despite this draconian past, Sweden has become a country that today favours religious freedom. Since 1951, freedom of religion has been enshrined in Swedish law and studies have shown that in today’s Sweden a strong majority answer positively when asked if everyone should have the right to practise their religion freely.

Traditional yet new-thinking, secular yet religious, tolerant yet challenging – it all holds true for Sweden.